Your game has data that is needed by more than one scene. Your player’s score, for example, needs to be accessed by various game objects (to increase it) and by the HUD (to display it). Furthermore, if you’re changing scenes using change_scene(), you don’t want that data to be lost when the old scene is freed.

To solve this problem, Godot provides the concept of an Autoload. This is a scene (or script) that you want the engine to automatically load at runtime. This scene’s node(s) will be added to the root viewport before any other scenes are loaded.

If you autoload a script, Godot will create a Node and attach the script to it.

You can create any number of autoloads in your game by opening Project Settings and clicking the “AutoLoad” tab: 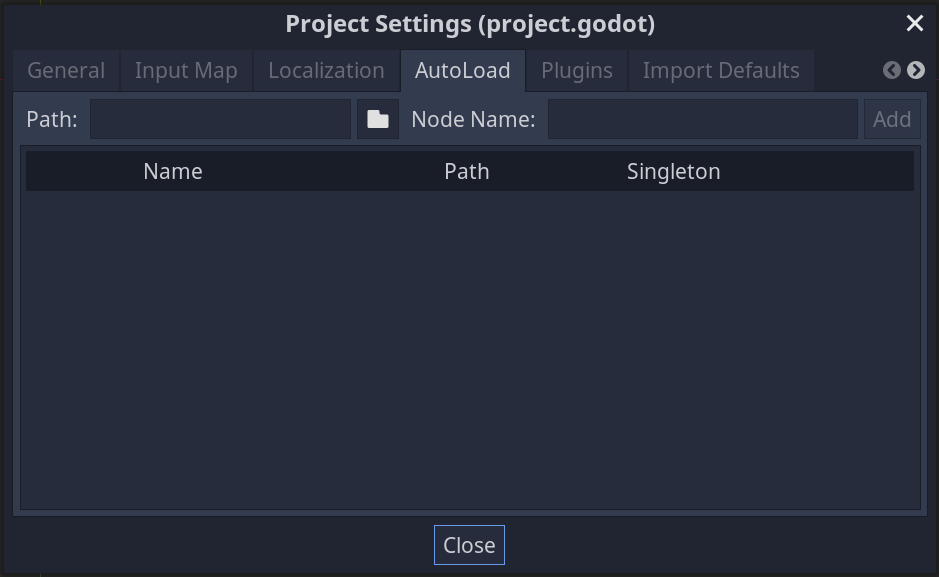 Click the folder button to navigate to the file you want to autoload, set an optional “Node Name” (the name it’ll have in the scene tree), and click the “Add” button.

For example, as described in the Audio Manager recipe, here’s the audio manager scene added as an autoload: 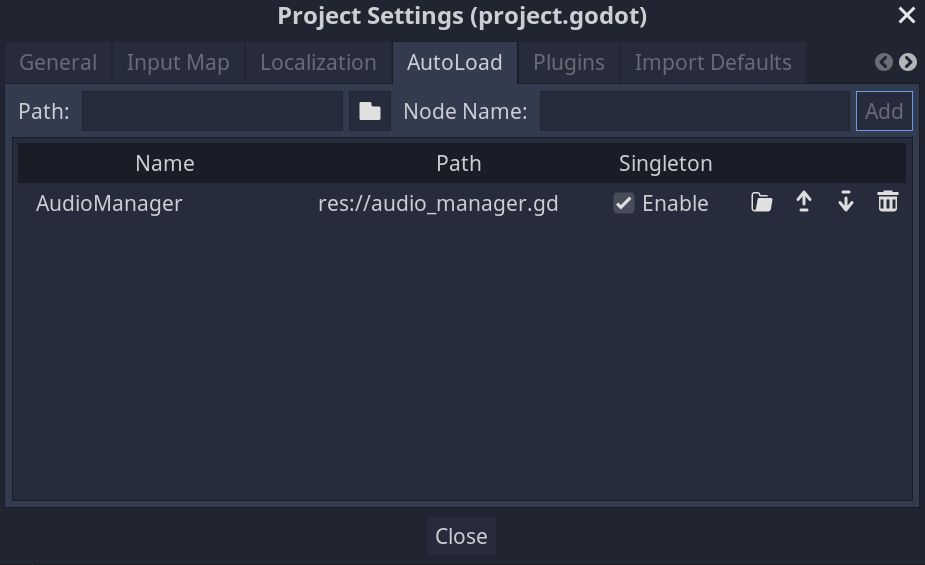 If you have multiple autoloads they’ll be added in the order listed. You can drag-and-drop them to change the order.

And when the game is run, looking at the remote scene tree will show you where the autoload was added, as a direct child of the root viewport: 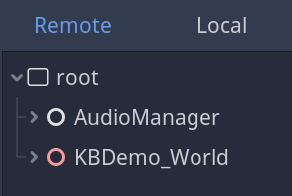 As an option when adding an autoload, you can declare it as a singleton by checking the “Enable” box. This makes the Name of the autoload a globally-registered value, so that you can refer to it from anywhere in your game.

For example, by loading the audio manager above and choosing the singleton option, you can now access it in any script:

Autoloads/singletons are useful in many situations you may encounter. For example: